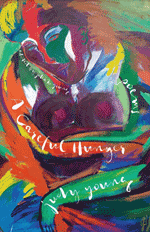 Enid’s decision to become a sculptor was a passion as well as a pursuit of an occupation that brought her the independence through which she could forge her identity. Her mother realized early on that her eldest daughter was determined to build a name for herself through sculpture, regardless of any disappointment family members may have felt about her taking on an occupation. In a letter to Enid of 1896, Louise remarked how she knew that Enid was “an original in many things” and that Enid’s “life had gone out of my moulding and into your own.” Through her work, Louise’s daughter would sculpt her legacy.1

By the start of the twentieth century, Enid had become known through her work. For instance, she had been associated with the Chicago World’s Fair, where her classical figures served as architectural support for the Woman’s Building. In Louisville, her proposal for a Confederate monument evoked allegorical representations of fame and victory. In Nashville, she produced a monumental figure of the Greek goddess Athena for the Tennessee Centennial. Shifting from classical exemplars in her public statuary of monuments and architectural elements of the fairs, Enid’s work became more expressive after the 1890s. Strikingly different from the classical statuary of her works for public spectacle and her traditionally posed busts, in this new body of work, Enid garnered praise alongside a developing public for her art. By late in the decade, she had already developed some interest in busts, usually commemorative, and figureens. Living in Paris, she came into contact with cutting-edge works of sculpture by artists such as Auguste Rodin (1840–1917), with whom Enid grew acquainted on her subsequent stays in Europe as a professional artist from the late 1890s onward. Rodin’s The Kiss (1892), a carved block of marble revealing two figures entwined in each other’s arms, was shown at the Paris Salon in 1898. About this time, Enid began to develop a body of work that took a dramatic turn in terms of form and in its emphasis of expressive qualities and sensuality, emphasizing themes of love, loss, and companionship on a scale both small and large.

By the turn of the century, sculptors were taking notice of the shifting terrain of sculptural form. In any one exhibit, for instance, works embodying classical form, realism, idealism, and fantasy might be represented. A case in point is the International Exhibition of Modern Art organized

in 1913 by the Association of American Painters and Sculptors, an event known colloquially as the “Armory Show” in New York. Here Enid exhibited both realistic and expressive works, the former tending toward the treatment of form she had used for large-scale public commissions (such as the world’s fairs) and the latter tending toward the abstract and expressive qualities championed by Rodin and others. She developed an intentional practice of choosing an exposition of form that conveyed meaning. And in 1899, amidst the swirl of activity in her studios in Paris and New York, Enid was clearly in pursuit of passion.

Juilee Decker is associate professor of museum studies at the Rochester Institute of Technology. She is editor of Collections: A Journal for Museum and Archives Professionals and the four-volume series Innovative Approaches for Museums. She has curated exhibitions focusing on visual arts, material culture, and public history and has served as a consultant to public art projects and programs in the US. The full text is available through our website [link]